Note: the picture shows the seat in carbon/GRP finish. The B4 seat weighs 4.9 kg and has been made to allow fitment into some of the narrowest vehicles around. Although light, it is still rigid due to its twin skin construction and it holds the driver in a reclined “formula-style” racing position. This version of the seat is made from GRP finished with black gelcoat on the seating surface and the edges of the seat are kept on for added rigidity an aesthetics. The belt holes in the B4 allow a full 5/6-point racing harness to be used, which is strongly recommended on any reclined seat such as this. The B4 seat is not generally compatible with OEM 3-point belts since it is very hard to feed the lap belt through the lap belt holes and click it into the OEM receptacle, much less the danger of “submarining” due to lacking a center strap.Furthering it’s performance pedigree, the shoulder holes have been optimized to enable the use of a HANS device. The B4 comes complete with a Dinamica® suede covered headrest. Matching padded cushion and back panels are available at extra cost. However, the shape is so comfortable covering is unnecessary, making it ideal for open topped sports cars. The B4 has six M8 mounting points; two are up high at chest level and give more mounting options to the chassis. The four lower mounting points are for bracket options including: 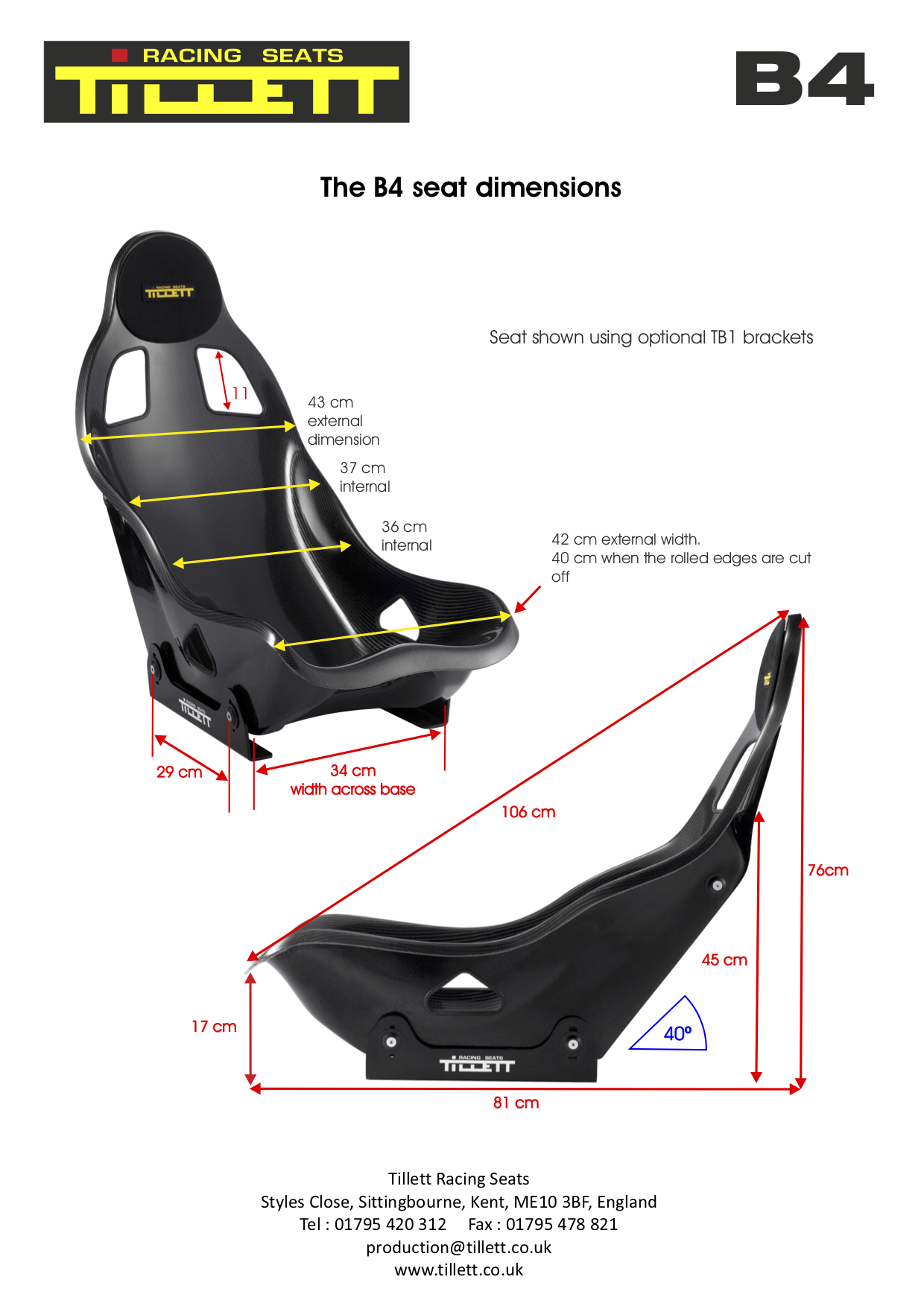